After what seemed like an eternity, we had a break in the rain. It was a little cool, but the sun was shining and we were able to get some things done in the garden. Given the amount of rain we have had lately, I’m thankful we are growing in raised beds. 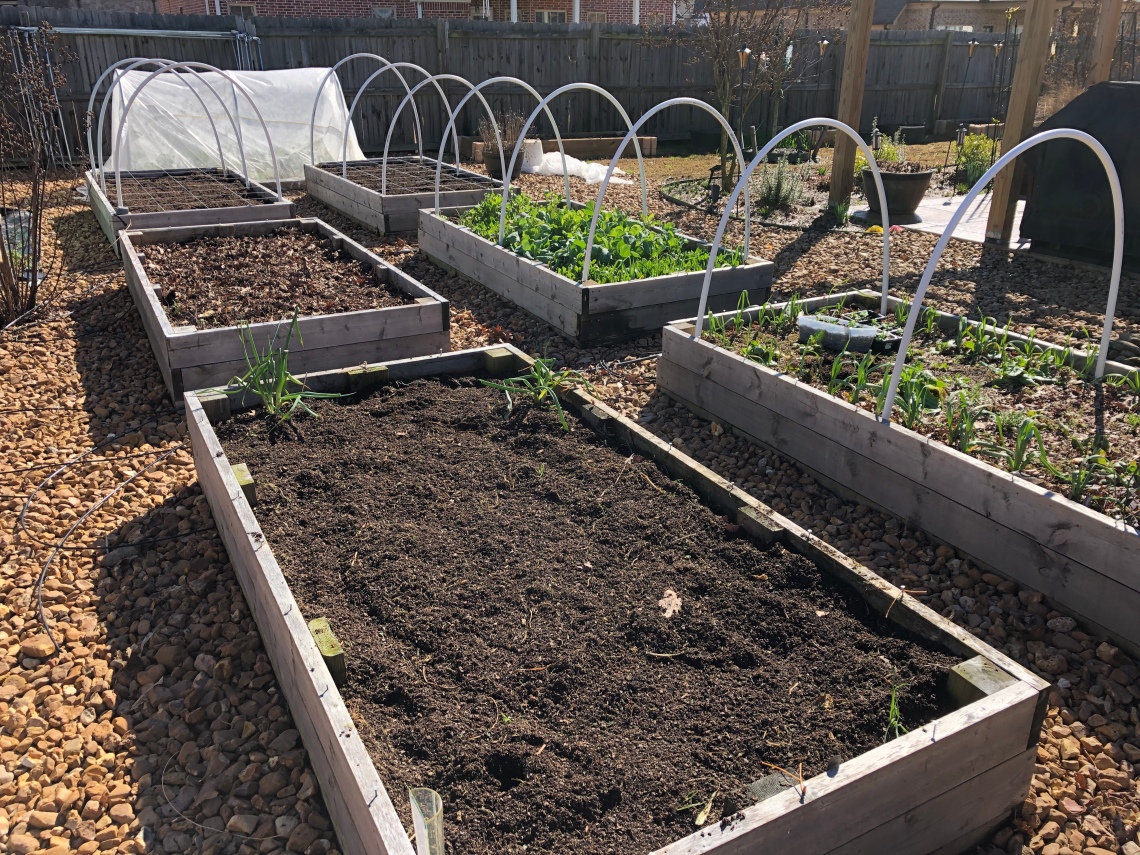 We still have plenty of collards and spinach to harvest and some salad greens in the low tunnel in the back.

February may be a cold month but in our area it does mean that it’s time to start seeds for many of our warm weather crops. Last weekend we got eggplant, peppers, and tomatoes started. Germination has been great so far. I started 72 tomatoes and as-of this morning all but 9 had germinated. I have high hopes that a few of the stragglers will come through also. The peppers and eggplants have been a little slower, but a few have gotten started. 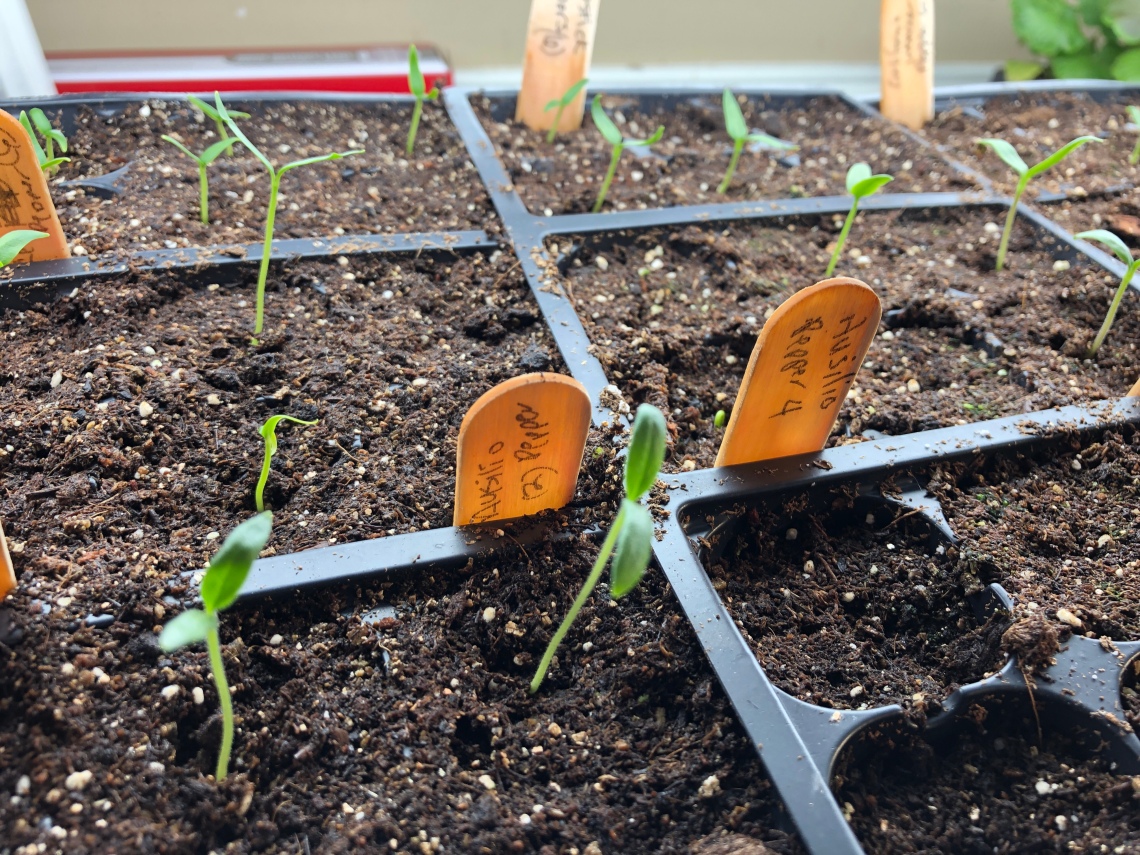 This year I’m also trying artichokes and cardoon. So far, I’ve not had great luck with the artichokes. Only about 2/3 of the seeds I started have germinated and grown. The cardoon is doing a little better. 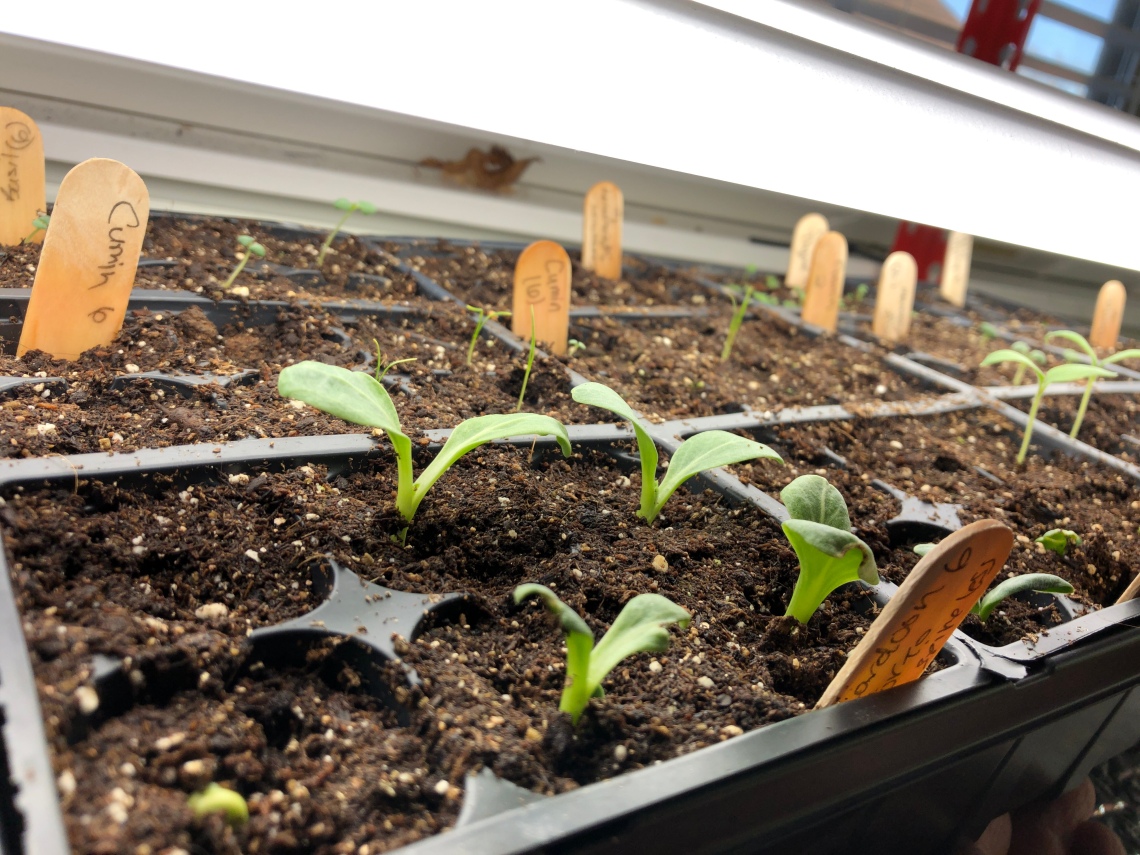 I have had a few failures this season also. I let my rapini get a little too leggy so I restarted them. My tomatillos have also gotten a little leggy as well. I made the mistake of putting them in a flat with slower-starting seeds. I hoping that I can just bury the stems a little deeper than normal when I pot them up and correct for some of the legginess.

Regardless, the season so far has gotten off to a great start and I can’t wait until it’s time to get these seedlings into the ground.