We had a very nice, warm and sunny day yesterday. I took advantage of it and added Espoma Plant-tone to the perennial beds and the Japanese maples (Osakazuki) out front. The flower beds will need monthly applications through the rest of the season.

I picked up a few pansies for a flower bed in the back yard and also some cilantro. They came in 4″ pots but I noticed that there were 3 plants in each pot, so I separated them out into individual plants and put them in one of the raised beds.

Mike helped me clean out a foundation bed in the front yard also. It is a long and narrow bed on the front exterior garage wall. The builder put in some hawthorn shrubs and Mike’s aunt and uncle left them when they originally bought the house. After we bought it, I decided to remove them. I’ve never liked them and they really didn’t look nice at all (especially after the frost damage from the snow in February). We cut them down and dug up the roots then filled in the bed with bagged garden soil. It took 16 cubic feet of soil to initially fill the bed to he top of the bricks.

We will definitely have to add some drain pipe to prevent any washout from water coming down from the gutters. We will divert the water out the side away from the driveway and toward a drainage swale on the north side of the house. 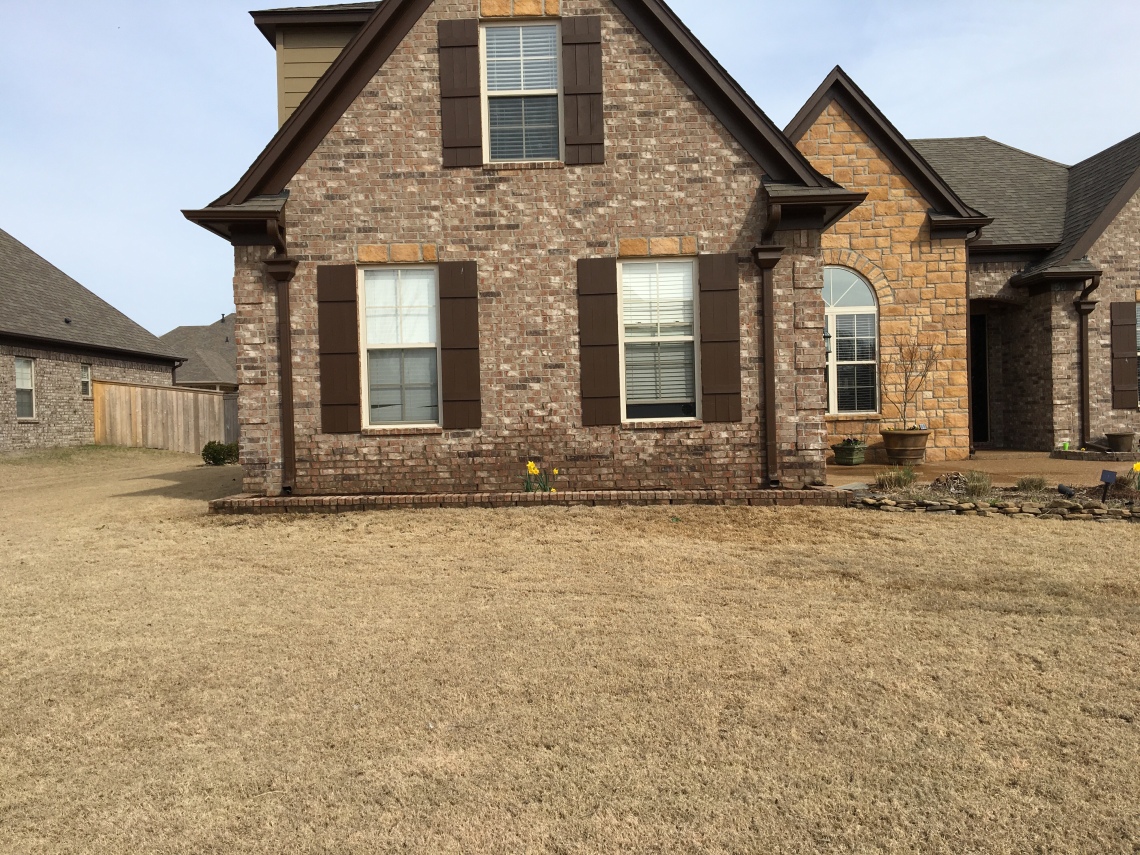 This bed also gets full western afternoon sun- so it bakes. Anything we put in there will have to stand up to that brutal heat.

I am leaning toward having some ornamental grasses and maybe a few flowering perennials with some annuals. I have not figured out the final plan yet. Mike likes Muhly grass so we will have a clump or two of that in there.

I really don’t want any shrubs since the bed is really narrow and it’s too close to the house to really support shrubs.

It looks like all of the seeds I started inside have sprouted. The final hold-outs were the oriental poppies, but I saw seedlings in those pots this morning.

I moved the two light fixtures side-by-side to try and even-out the light distribution. Hopefully that will help prevent the seedlings from leaning too much to the side. I have been trying the trays twice a day to help with this also.

Happy Gardening, everyone. It’s only 2 days until Spring!