We got our tomatoes planted the week of April 15.  Due to some bad weather the week before, I did not get to harden them off as much as I had liked.  Also, we were leaving to go out of town on April 20 for a week.  I did not want to task my mother-in-law with tending to the seedlings (she had enough on her hands looking after the dogs).  The weather forecast did show some overcast days after we set the plants out as well as some the week we were gone.  However, things were a bit sunnier than I expected and some of the plants suffered from sunburn.  Fortunately, it was minor and none of them were seriously damaged.  I ended up pruning off the damaged leaves this past weekend while we were also pruning off the suckers.  This season (as we did last season), we are pruning the plants to a single vine.  This reduces the yield per plant, however, it allows you to fit more plants into a bed.  I do not mind trading off production for added variety.

The plants have recovered and are growing well.  I gave them all a dose of Tomato-Tone this past Sunday. 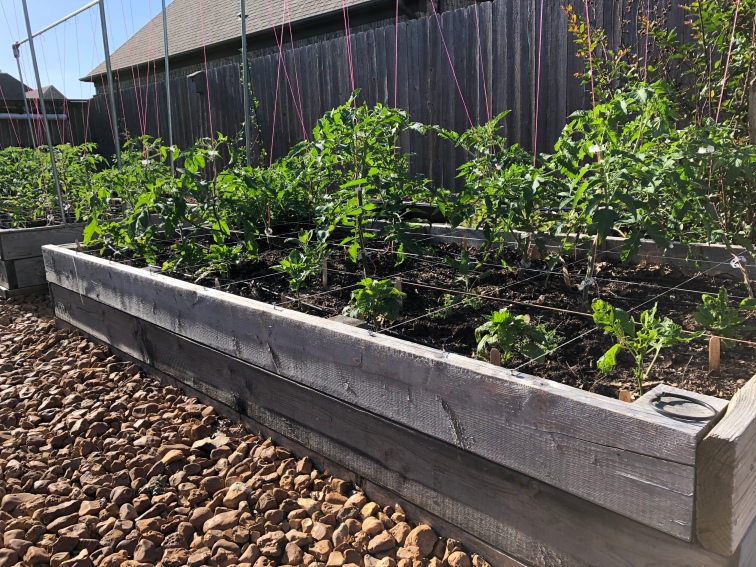 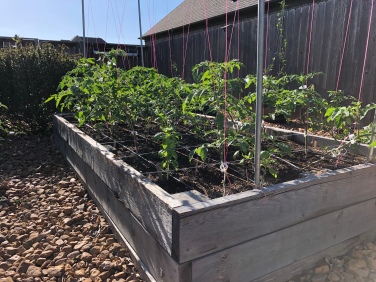 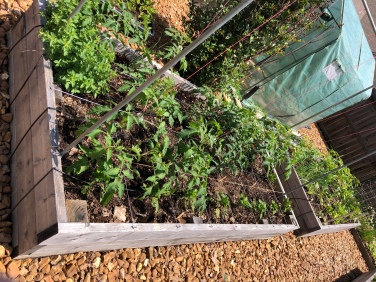